So, I’m really only about 20 hours into the game, but being a grown adult with a normal job that’s about all I could muster so far. With those 20 hours I can say that Witcher 3 is a great game. I won’t go out and say it’s an amazing game because it has some faults. So, I like to deliver the bad news first.

The controls are pretty bad. I like that they stuck with some tried and true button schema’s, they didn’t go all “The Last Of Us” and decide to invent a new way to switch between weapons, but the game handles badly. I remember swimming below a bridge where there was a sunken treasure, and it took me like 5 minutes to get Geralt into a position that would allow me to open the chest. Geralt moves in huge lunges everywhere, one small tap on the controls and he’s moved like 30 feet.

Let’s see what else… oh yeah, talking to people can sometimes be a bit annoying if you want to skip it. You press X, but it only skips that one sentence. I had some initial problems with bugs on the Xbox One, but they got fixed pretty quickly. I’m not to sure I like the menu system, it’s hard to navigate and it might just be me, but crafting things and combining things is hard, you can’t tell what ingredients are needed for certain things. Eh… it’s just not intuitive.

The game is massive, it’s fun, it’s cool, you have two freaking swords, you can kill things from your horse! WTF! I’ve read a lot of complaints about the graphics, but you know what, not from me, I think the graphics are just fine.

It’s a great game, that’s worthy of best game of the year, so far at least. The game has it all and there’s no disputing how well it was put together.

If the point of game reviews is to help you determine if a game is worth playing or not, then here it is.

BUY THE GAME AND PLAY IT.

The bad does not outweigh the good. The programmers did an excellent job and they deserve our praise in the form of green. So go get it. 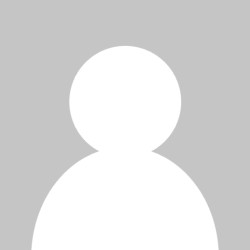